Superstar
Like most people, I've gone through many phases of music genres that I like. In school I seemed to like what my friends did. Actually, I should say that I listened to what my friends liked. I don't know that I genuinely liked Molly Hatchet, Ted Nugent and AC/DC, but that's what my peers listened to so I did too. As I grew older - and more independent - I found myself into Adult Contemporary Top 40 music. That phase lasted many, many years.

For a number of other reasons, I have always been a huge Elton John fan, dating back to 1974, when he and Schroeder (from the Peanuts) were my inspiration to play the piano. Anyway, one day in the early 90's while watching a documentary on Elton, he came home from a trip, walked into his living room and turned on his stereo. He grabbed a CD and said "This is my favorite album and I highly recommend it". It was Mary J. Blige's "Share My World". I was compelled to check it out. If a guy I've been a fan of for a number of years says he likes something, I want to hear it.

Around that same time, I was channel surfing one day and saw this group of guys standing around a grand piano, dressed to the nines in black and white tuxedo's and red scarves singing Christmas carols on Regis. I was struck by their appearance so I watched for a bit. I have never heard anything quite like what I heard that day. It was awe inspiring. That group was Dru Hill. So between the Elton recommendation and Dru Hill's performance, I instantly became a fan of R&B. That R&B phase lasted until sometime last year when I moved onto the Blues. I would've bet anything that I spent the next decade or so in this Blues phase. Wrong!

Last month, I bought a new truck and it came with a Sirrius/XM radio and a 3-month trial subscription. I'm not a radio guy so it really didn't mean much to me. I expected to use it for the 3 months it was free and that would be it. Wrong again! For the first week or so I did nothing but scan through as many stations as I could. But one day, a song struck me just like Dru Hill did. I was just blown away by what I heard. Not so much that it was this awesome song but rather the vocal ability of the person singing it. It was a gospel tune on the Praise station. I haven't listened to anything else except Praise since. Nearly every song I hear on that station is a knock-it-out-of-the-park-bottom-of-the-ninth-grand-slam-home-run performance. I'm hooked!

Make no mistake. The subject matter of gospel music has no bearing on my affinity for it. My lack of particpation in the religious threads should be enough to say that I'm not the most religious person on the planet. I'm a lot closer to Matt's camp than I am Pauly's. But this newfound interest of mine in this glorious music is substantial and the progression just seems to make sense. From R&B to Blues to gospel.

I wonder what will come next.

Staff member
Administrator
Moderator
Superstar
That's cool, Zing. Usually I've found religious music more annoyingly smarmy (based on the lyrics) than inspiring. But I haven't really made much of attempt. I look forward to some recommendations from you! I'm always up for new material and exploration.

PaulyT said:
That's cool, Zing. Usually I've found religious music more annoyingly smarmy (based on the lyrics) than inspiring. But I haven't really made much of attempt. I look forward to some recommendations from you! I'm always up for new material and exploration.
Click to expand...

I know very very very little about the subject, but... Musically, I've heard on a rare occasion some of the old Gospel stuff from the late 50s/early 60s that might not have been too bad. "Soul Stirrers" type stuff. I suppose it's the early sounds of R&B that I like?

And I don't mind when Alison Krauss/Ron Block sing occasional stuff that's a little religious since it doesn't get preachy ("There Is A Reason", "Faraway Land").

But I don't think I'll ever particularly like anything that gets classified as Christian Rock or the modern-day Religious Pop type stuff. Maybe a little too thick on the message in the lyrics and simultaneously a little weak musically? Bland?

Definitely some good stuff there, and I'd highly recommend it, but---for me---my evolution didn't stop there. Miley lead me to Selena Gomez. And Selena led me to Justin Bieber ('cause you know Selina and Bieber are dating, right? She likes to rob the cradle.) Anyway... with Justin Beiber being such a big YouTube sensation, it was a natural progression for me to get big time into Rebecca Black's music. And, then, when they covered her song "Friday" on "Late Night w/Jimmy Fallon", I of course became a big fan of Taylor Hicks, who participated in the performance.

Zing, if gospel is doing it for you now you must get this album: 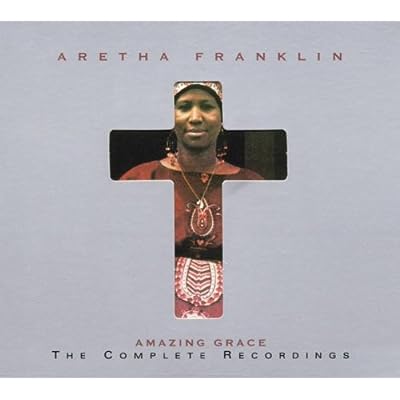 I'm about like Pauly, most religious music is just too mundane and boring (I like that word smarmy) but this Aretha Franklin live concert recording is a must have for you!

I keep it in my truck most of the time and I can say it is by far one of the greatest vocal displays of Aretha's career (and that's saying something).

I'm having such a crappy day I think I will go home and fire this up directly. 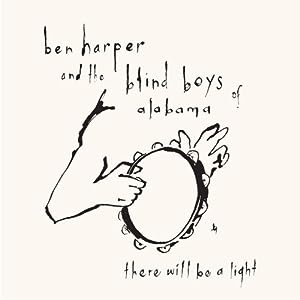 "Picture of Jesus" is easily the best song on this album. It's probably not true gospel in the sense like the Franklin disc Deacon posted, but it does add a bit of soul and blues to it which is how I like my gospel.


Gospel music is cool, especially if it's a bit upbeat with some soul. I don't like the style of gospel that just bleats along making you feel as if you should be guilty for living. To me, gospel is supposed to be uplifting and rejoicing, not depressing. Unfortunately a lot of churches I have been to seem to dwell more on that, than to be overwhelmed with joy about the "good news".

And for the record (though I know you all know better), contemporary Christian music is not gospel. That's like saying Kenny G is the same as Coltrane and that it's all jazz. It really pisses me off when some folks do this as CC music is about the worst genre out there (new age being a close second). It just sounds so fake and artificial to me.

Superstar
Pauly - it's a bit premature for me to make any recommendations, especially for whole albums. Right now there are about a dozen single songs I like and they're by a dozen different acts. I can tell you this - the song that started it all was "Prayer Will Fix It For You" by Lashun Pace. Beyond that, I seem to like songs by Trin-I-Tee 5:7, Kirk Franklin, James Fortune, Mavis Staples, et al.

Deacon - I had eyed up that Aretha CD but there weren't any samples of its music so I opted for another.

Umm Zing, what is this chopped liver?

Deacon said:
Umm Zing, what is this chopped liver?
Click to expand...

I'm not sure what you're getting at but I'll say no, not at all. That song is one of the many reasons why I bought the CD that I did.
D

Anyone remember when Gregorian chants were big a few years back?

JeffMackwood said:
Anyone remember when Gregorian chants were big a few years back?
Click to expand... 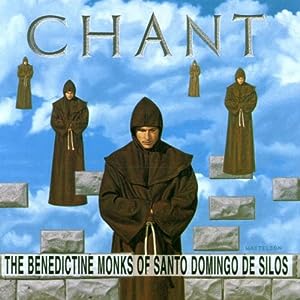 Staff member
Administrator
Moderator
Superstar
Well 800 years ago, they were all the rage. Y'all are just neophytes.

Deacon said:
Zing, if gospel is doing it for you now you must get this album:

I'm about like Pauly, most religious music is just too mundane and boring (I like that word smarmy) but this Aretha Franklin live concert recording is a must have for you!

I keep it in my truck most of the time and I can say it is by far one of the greatest vocal displays of Aretha's career (and that's saying something).

I'm having such a crappy day I think I will go home and fire this up directly.
Click to expand...

Thanks to Deacon (and Zing, indirectly), I'm enjoying this one very much! Good stuff.