Best place for OOP and rare albums (CD and Vinyl)?

Famous
Where do you guys look for some of the albums that's out of print or that is rare enough to have never made a CD release? The reason why I ask is some of my tastes in music has lead me discontinued music or music that I know I won't be able to get on CD.

One example is the Nigerian musician Peter King. I only have two tracks by him, but I did find one of his albums on vinyl about a year ago. I would like to try to find the rest of his discography, but none of it is available here in the States much less on CD. One of his albums is on CD via Amazon (which I'm going to order tonight).

There is a place called Discogs.com that I'm registered on. It seems to be mostly for vinyl lovers, but some of their prices are pretty high (guess that's expected).

Any of you guys familiar with that site? Is it good or are their better resources for harder to find music? Thanks.

Famous
Have you tried Acoustic Sounds, or Elusive Disc?

I am always on the hunt for 80's thrash death speed metal stuff that is either OOP or was just a demo LP. I have tried Vintage Vinyl (ripoff!) as well as a couple other similar sites but always end up getting lucky on Ebay.

walls said:
I am always on the hunt for 80's thrash death speed metal stuff that is either OOP or was just a demo LP.
Click to expand...

Rope said:
Have you tried Acoustic Sounds, or Elusive Disc?

Those places, to me, are more for folks who want premium sounding media (think Mobile Fidelity and Ultradisc) as opposed to material that is out of print or extremely rare. It's the more rare stuff I'm looking to find and it seems scouting the local record stores and looking up sellers on eBay is going to be my best bet.


I may also have to starting subscribing to Goldmine. I found a LOT of good concert discs (BBC, Westwood One, King Biscuit, etc.) through them and through the occasional trade shows that came through my area. I see people posting up their collections for sale on eBay too. Those could get pricey, but my be worth looking into for those rare gems.

walls said:
I am always on the hunt for 80's thrash death speed metal stuff that is either OOP or was just a demo LP.
Click to expand...

Tatianalima http://shop.ebay.com/tatianalima/m.html ... ksid=p3686
tatianalima is in Brazil but I've bought tens of CDs from her with no problems.
Click to expand...

Just ordered VIOLATOR cd from one of your links!!! :music-rockout:

Famous
Since I'm a pretty big Yes fan, I got to looking around for an album done by a band named Badger. It's called One Live Badger. Badger was a band formed by Tony Kaye, who's the original keyboardist for Yes. The album never made it to CD despite the other Yes members' albums being available and remastered (like with Steve Howe's and Chris Squire's albums).

So I found a vinyl copy of One Live Badger on Discogs someone was wanting to sell. I almost emailed him until something told me to check Amazon one more time. Found it and apparently it was a 2003 release, so I'm hoping there was some remastering done with that new of a release. 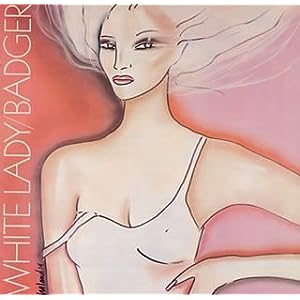