Can a Player Ruin a Disc?

Famous
The Green Zone BD was delivered today. I just wanted to check out the opening scene real quick. I put it in the tray and pressed play. It was loading for an extraordinarily long time so I hit Stop (the display continued to read "Loading") so I then hit Eject. This time the display read "Open" but it didn't open right away. After making a few odd noises like it was straining, the player ejected the tray. I tried again. After about 5 or 10 minutes, the display read "Unknown Disc".

When I took the disc out, I noticed a small protrusion - about 1/16th of an inch (in height and diameter) - close to the hole in the center. It was as if something about the size of a ballpoint pen tried to push its way from the readable side of the disc up through the label side. It didn't go all the way through but it made this noticeable bump.

I don't remember seeing that bump when I opened the case for the first time so I either missed it - and that's why the player wouldn't load the disc - or during the player's difficulty in loading, the player made this mark.

Is that possible? Does the mechanism inside an optical transport have the "strength" to do this?

"close to the hole in the center". That's where the TOC (table of contents) reside. If it can't read the TOC, it doesn't know what's on the disc.

"close to the hole in the center". That's where the TOC (table of contents) reside. If it can't read the TOC, it doesn't know what's on the disc.
Click to expand...

Have to agree. I wonder if that protrusion was already there, but you didn't notice the first time around. While it's not steel we're talking about, that would still (imo) take a good amount of force by the player to make that bump.

Staff member
Moderator
Players can damage discs (ask anyone with a first generation Xbox 360) but not in the manner you're describing.
S

I've seen CD players scratch the surface of CDs, but I doubt that the protrusion is from your player as the laser mechanism wouldn't have enough mechanical strength to do that to the disk.

Famous
Thanks guys. The consensus, obviously, is that the mark was there to begin with and I just didn't notice it.

Just like CDs, BDs are read from the center out to the edge, right? So it's likely that this dimple is the culprit for the inability to load.

Zing said:
Thanks guys. The consensus, obviously, is that the mark was there to begin with and I just didn't notice it.

Just like CDs, BDs are read from the center out to the edge, right? So it's likely that this dimple is the culprit for the inability to load.
Click to expand...

yep, discs are read inside to out. Just a guess on my part, but more than likely that dimple was probably caused from a piece of trash, debris, etc. that got into the die when the disc was pressed.

Famous
Check it out.

Famous
The TOC is definitely screwed blued and tattooed. TOC tells the player what's on the disc, without it the player knows there's a disc, but reads it as blank or unknown.

I'd send that one back and get a replacement, that's clearly a factory defect.

On a semi-related note, there is at least ONE disk out there that is designed to destroy your player. It's a Nine Inch Nails disk, about seven songs on it then it is programmed to zip your Read Head back and forth, clunking all the way, for about 99 tracks. I read a subsequent interview with Mr. Reznor who admitted he did that on purpose because he was pissed about some record deal.

I haven't bought a NIN release since. :angry-cussingblack:

Zing said:
Check it out.

That's definitely not a player caused issue. That's a straight up manufacturing defect. If you haven't had it long, take it back and get another copy.

Just go to Wally World and buy a new one. Put that one in the case and take it and the receipt back and ask for a refund. Much quicker and easier.

Superstar
The only time I've ever seen a plaer rn a disc is when the player was damaged and somehow raised the laser assembly too high to the point it rubbed against the spinning disc. When that assembly has any sharp edges, they can cut a groove into the disc and render that area unreadable.

What you've described I have never seen nor heard.
D

That won't be strong enough.
This may be though. 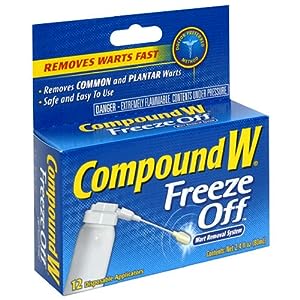 Zing, it sounds like a case of over excitement when you received the disc that a wart of that size slipped right by you. :doh: Don't worry too much, it happens to everyone.
O