Staff member
Moderator
Famous
The 3rd installment of the Narnia series is out in theaters today, Anyone looking forward to it?

Superstar
I saw a commercial for this last weekend and, not surprisingly, it looks incredible! I'm very much looking forward to it.

Staff member
Administrator
Moderator
Superstar
What, there was a second one already?!

PaulyT said:
What, there was a second one already?!
Click to expand...

Superstar
The Chronicles of the Witch was the first and Prince Caspian was the second. 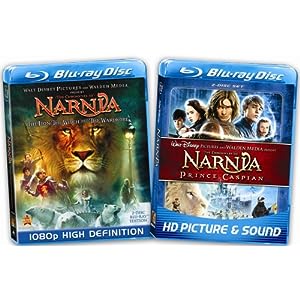 Staff member
Administrator
Moderator
Superstar
Yeah, I was partly kidding, though I had forgotten Caspian was out already... obviously haven't seen it yet. Is the 3rd supposed to be the last in the series? Maybe I'll wait till they're all done.

PaulyT said:
Yeah, I was partly kidding, though I had forgotten Caspian was out already... obviously haven't seen it yet. Is the 3rd supposed to be the last in the series? Maybe I'll wait till they're all done.
Click to expand...

I believe if they do a film for each book there will be 7 films...unless they split a book or two into multiple movies.

Staff member
Moderator
Famous
This series may be dead in the water, by today's standards, it's a flop. Disney didn't even get behind Dawn Treader, Fox backed up this 3rd installment, so Disney must have seen the writing on the wall prior to production...

Superstar
The Chronicles of Narnia Franchise US and Worldwide Box Office Sales total.


Seems to be to be a successful series, even today.

I don't know how to look-up after market revenue for the films. But between DVD/BluRay sales, rentals, PPV, Airline Licensing, Broadcast TV Licensing, Pay Channel TV Licensing, aftermarket institutional licensing, and so on, I imagine those numbers will ultimately be 50% higher.

Staff member
Moderator
The franchise is super popular with tweens. My nieces have multiple copies and their parents have spent a TON of money on licensed merchandise.

Staff member
Moderator
Famous
My kids like them, my personal opinion is (story wise) Dawn Treader<Caspian<Wardrobe. I feel the trouble with the franchise is because of the literal content, provided the studio/director remains faithful to it, this series can't be as graphic or edgy as say the Lord of the Rings. Therefore the types of audience it draws may be limited. When we took the kids on Xmas eve, just a few minutes into it I noticed a serious decline in the overall production and the CGI wasn't convincing either in most scenes. I feel the CGI pretty much in all of them has been sub-par though. I know Disney walked away because they felt they needed a Harry Potter type of franchise and the first two movies didn't produce results convincing them this franchise could be that. I would like to see the franchise succeed, I certainly would keep up with it if it continued since they're a film away from being more than half way done. My dead in the water statement is my personal opinion and the flop statement I feel is true. Even though it may profit it's gonna have to gain some serious steam to produce the profits the studio wants to see. And I don't think it's gonna get the word of mouth referrals needed to make a strong run. Based on what I saw ON SCREEN, the series is kind of stagnant. But if they choose to continue, the next one could be stellar... 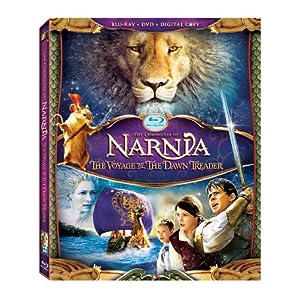 Famous
Don;t bother, I loved the first two and have watched them a couple times, but I was bored to tears during the third one. The first two had the interaction with all four kids and the struggle for power over their power of love. This one had the two most annoying younger kids with a brief and I mean so brief that if you blinked you missed the two older children) was just bad acting and then they toss in a cousin who was by far the most annoying of them of them all (even though he did redeem himself) I felt the third failed on what made the first two so great. I didn't care for who won, who died and was just glad when the movie ended. I was so let down after loving the first and second movies.