Staff member
Administrator
Moderator
Superstar
So, any PC gamers here? As you may know, I've just ordered an upgraded video card, and so I had to get a few more games to take advantage. :eusa-whistle:

The main reason for the upgrade was Witcher 2!

The first installment of this game is one of my all-time favorite RPGs. Just a gorgeous, artistic, well-storied game. I highly recommend it if you haven't played it yet. I think this sequel will be just as grand, if the above screenshots are any clue, and I want to be able to enjoy it in all its glory. Yeah, gotta update the PC GPU, but the graphics in the PS3 are getting a bit dated anyway in comparison; this one should really rock.

Browsing around on GameStop and amazon, also picked up these (for <$15 each! another benefit of PC games compared to many on PS3): 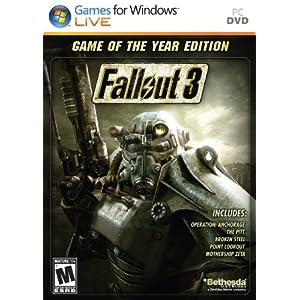 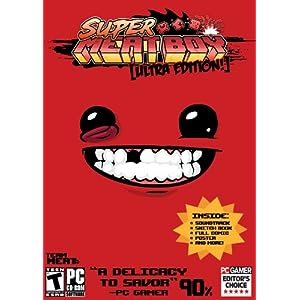 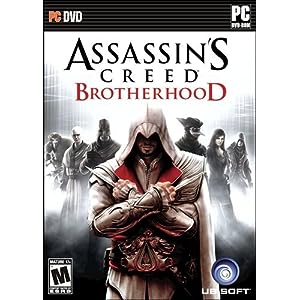 Yeah I know most of these can be had on PS3 as well... but hey, I'm interested in the immersion of the graphics as much as the gameplay itself in some ways, esp. for something like Assassin's Creed - this sequel is (from some reviews) not as great a game but really gorgeous scenery. For $9 from amazon, hell yeah!

Normally I'm not a huge gamer, but I go through phases, esp. when work or home life are annoying. These should keep me busy well into the new year. bscene-drinkingcheers:

Fallout 3 is fun but long. Well, it can be long. HTere are literally hours and hours of side quests. Let me know if you get bogged down or stuck. I have been through it a couple of times.

Famous
Lord of the Rings Online is my own personal form of crack. I play about a hundred hours a month and really enjoy the social aspects of the game. I'm in a Kinship (Guild) with several hundred members from all over the world and everyone tends to get along very well. They add new content to the game on a fairly regular basis. The character creation and customization options are very rich. The graphics are gorgeous. The storylines are decent. What's not to love?

I envy your dedication.

Famous
I told you, MMORPGs are like crack. It is very easy to sit down Saturday morning and then suddenly realize that it is almost midnight.

Been playing this some in the past few days, and it doesn't grab me, I probably won't continue. I like the complex character attribute system, but the world itself is visually uninteresting - and that's one of the big attractions to me in an RPG game, that it's fun to look around at new areas and see what new things there are to see. In Fallout it's all just rubble and trash, it gets really monotonous. Plus all my time is either spent walking around or doing inventory management, it's tedious. And the plot is almost nil.

So, :handgestures-thumbdown: on this one, IMHO.

Staff member
Administrator
Moderator
Superstar
OTOH, this one was really fun, and the first installation as well. Great, great game. Looking forward to ME3 in the spring! 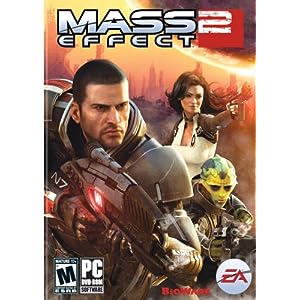 You can download this one from amazon for $5 now (for PC), that's a hell of a deal!

Staff member
Administrator
Moderator
Superstar
As I mentioned in my other thread, I got my new GPU and am getting ready to start Witcher 2. Just the opening scene of this game is mind-blowing in the graphics, with a million things going on around the army camp where you start, trebuchets with full detail of multiple men loading and winding and releasing, a hundred "bit part" characters wandering around, trees, tents... just wow. And the lighting effects are getting pretty spectacular too, lighting dims and takes on the color of the (red) tent when you go inside, there are sunbeams, partially hazy sky from smoke of the burning castle under attack, sunlight filtering through this haze. I'm always amazed at the level of rendering quality in games like this. The above screenshots (first post in this thread) are pretty accurate for what you get in live gameplay, from what I can tell so far.

It seems that PC games are on the upswing these days, I'm guessing it has a lot to do with the graphics on the PS3 (and, I assume, Xbox, though I haven't spent much time with one of those) being pretty dated now. Yeah a gaming PC is $$$ in comparison, but it's like a fine audio system - you gotta put more $$ and time into it to squeeze out the top 20% of performance, if you care to do so.

Anyway, I'm planning on being a PC gamer for a while now, I think, as most/all of the major new releases are available on PC, which didn't seem to be the case a few years ago when I got the PS3. Things like Assasin's Creed Brotherhood (which I have already), Batman Arkham City, Skyrim - all of these are on PC. It would be interesting to do a side-by-side comparison of the graphics on similar screens between the PC and the PS3... too bad I don't have two TVs in my HT.

For things like RPG games where the controls are fairly complex, I also like having a full keyboard instead of just the stick controller with limited buttons. For fighting games, yeah, this isn't such a big deal and sticks may even be preferable, so I guess it depends on what sort of games you're into. I would guess you can get a PS3/Xbox-like controller for a PC somewhere...? Well, I'm happy with the gaming keyboard I have that has a trackball in it, works pretty well for what I play.
B

My son is a gamer....loves the 360 but also loves our new PC w/HDTV monitor....the same games are cheaper for the PC vs the 360 & you use your keyboard...but you need a good PC & monitor.
Here's the link to what my son uses for his games : Dungeon Defenders, Team Fortress 2, Terraria, Sanctum, Portal 1 & 2, etc.

The steam is free...my son also playes Minecraft which just came out of beta.....on our PC.
Here's a link to the Minecraft (alot of gamers love this game also):
http://www.minecraft.net/

Staff member
Administrator
Moderator
Superstar
Thanks Barn, I'll have a look at Minecraft. Yeah I've got Steam stuff already - in fact, Witcher 2 is available through that system, which is how I have it. I've played both Portal 1 & 2 recently as well, loved those very much!

Agreed, this stuff comes into its full glory when you have a full-size screen and speaker system rather than a wimpy little monitor. Though I suppose if you're sitting 2' from a monitor it's not much different from 10' from an HDTV, but still the experience is very different.
B

Staff member
Administrator
Moderator
Superstar
Cool, that 6870 is probably roughly equivalent to the GTX 560 I just got. My CPU's a bit older, but the demands on the CPU are generally a lot less than the GPU anyway, so I haven't noticed it being a hindrance.

Sorry Paul but what does RPG games mean ?

RPGs are games where the player assumes the role of a character and during the game develops that character's attributes and skills, usually by completing quests which move the character through a story.

Staff member
Administrator
Moderator
Superstar
Yup, And where the focus isn't generally just on combat. Or in the case of Mass Effect, a similar thing set in a sci-fi world.

Staff member
Administrator
Moderator
Superstar
I will say, though, that the PS3 is great for multiple players. My daughter - almost 8 - is pretty competent now at the lego series games, and we have a lot of fun playing those together. We're working our way through Star Wars right now, and I really enjoy it, it's actually a bit more challenging for its type than some of the other lego games. There's also Harry Potter yrs 5-7 that just came out, and Pirates of the Carribean, looking forward to both of those, maybe for Christmas.

Staff member
Administrator
Moderator
Superstar
Installed and played a little Assassin's Creed Brotherhood today. Looks pretty nice. Not the level of detail and artistry of Witcher, but also not as hard on the GPU; I could max out the quality settings and the GPU was around 50-75%. Good scenery though, and I think it still looks better than what you get with a PS3.

Staff member
Moderator
Glad youre enjoying the games. I wish I had more PC building skills but I'm pretty intimidated by all the intricacies of adding hardware and updating drivers and such.

Staff member
Administrator
Moderator
Superstar
Yeah, it's kind of a pain. I enjoy tinkering with the hardware, so I don't mind it. But it can be stressful when things go wrong, that's for sure. Especially since home-built PCs have no warranty or service contract...

Witcher is definitely crack for me, to borrow Haywood's accurate term. Been up till ~1am the past few nights playing it. Gorgeous game - and great audio too! - but also really engrossing story line, more than any other game I've ever played. Alas, another problem with PC gaming, it's not 100% stable for me, crashes every so often. I think it's related to system memory issues and paging, still tweaking my system to try to improve things. Not that the PS3 didn't ever crash, but it's been pretty infrequent on that platform.
You must log in or register to reply here.
Share:
Facebook Twitter Reddit Pinterest Tumblr WhatsApp Email Share Link
Top