Queen Live in Montreal Blu-ray - anyone have it?

Famous
what are your impressions?

i loved Queen live in wembley, but wonder if its really worth the purchase. its difficult to find here at our local bb, so im just wondering if ever id purchase it from amazon.

will i watch it 3 times a year? (posted my comment in another thread), and will it qualify enough as a purchase?

*edit - wrong section, can a mod move this kindly to the dvd/blu-ray section if needed... thanks.

Famous
Re: Queen Live in Montreal blu-ray - anyone got it? 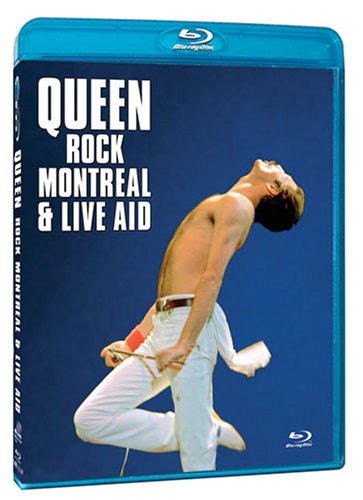 Queen fan? It's worth it.

Re: Queen Live in Montreal blu-ray - anyone got it?

If you're at all interested in getting it, I think it's probably a safe purchase if you pay less than $20.00.

That said... I don't watch it very often. Probably haven't even watched it once in the last year, but I still think that it is probably a decent enough concert BluRay---not the best, but still one of the better BDs given some of the crap they've tried to sell us (Chicago/EWF, John Legend, and the entire SoundStage series).

If I recall correctly, the "Montreal" picture was nice enough yet it is either a bit grainy (or was it not grainy but rather just slightly soft-looking???); It's been too long for me to say with any specifics, but the point being that you shouldn't expect it to look like it was recorded straight to HD video using modern equipment. Looks more like classic film? Audio is fine.

That said, the video quality on the "Live Aid" portion is absolutely horrible, but the sound was still good and was fun to watch at once.