The Ten Worst songs of All Time

Superstar
We're having an absolute blast discussing this list on a couple other forums I'm on:
http://www.usatoday.com/life/music/news/2004-04-18-worst-songs_x.htm

Uh, whoa. I didn't even notice that! (someone else posted the link) I'm going to copy/paste your question, if that's okay... :banana-dance:
D

Famous
Ok with me.

I enjoy a lot of "fluff", and I rarely pay attention to lyrics, so it's hard for me to be too critical of these supposedly 10-worst songs of all time. In fact, I really like quite a few of these songs. And even those I don't particularly like, I might could still defend them somewhat.

Heck, even "Achy Breaky Heart" and "Ice Ice Baby" are kind of catchy (as the latter should be, of course, seeing as how it lifted an awesome sample from Queen). And, yes, I've heard enough Wang Chung to last a lifetime, but c'mon, their hit song wasn't THAT bad. And considering Eddie Murphy's "Party All The Time" was moreso just a vanity project that should just be considered a novelty song, does it really belong on this list? And even if we say it still does, well at least it's better than Madonna's entry, right?

That's why people hate them so much.

We built this city on rock and roooooolllll!

WE BUILT THIS CITY!

Famous
In Starship's defense, I think "achy breaky heart" and "ice, ice baby" are worse. Those two and "rollin" by Limpbiskit (more like "limp dicklik"....I hated that band) would round out my top three.

Superstar
How 'bout this little tidbit from my musician forum??

"We Built This City" was written by by Bernie Taupin, Martin Page, Dennis Lambert, and Peter Wolf.
Click to expand...


It took four well-known songwriters to come up with that dreck?!? :shock:

Superstar
Kazaam, I usually try to avoid offending anyone, and I shy away from debates, but come on brother. Achy Breaky Heart REALLY WAS THAT F'in BAD.

I cringe when i think of it and i cringe to think that he is ridin his daughters coat tails and makin a fortune off of her to this day.

1. Stairway to Heaven
2. ANYTHING Jethro Tull
3. ANYTHING RAP. Are these even musicians??
4. The "p's" Lets get Retarded In Here. Boy how fast they changed the name of that song.
5. ANYTHING Metallica did AFTER Justice.
6. Safety Dance. Really??
7. Twisted Sisters remake of Leader of the Pack. REALLY???? LOL!!!
8. Judas Priests Turbo Lover. WTF??
9. Quiet Riots remake of Mama Were All Crazy Now. Sooooo.....one Slade song was AWSOME.......LETS DO ANOTHER!!!!!
10. Smells Like Teen Spirit. The song that put the dagger in anything even related to metal for almost 20 years. And if we are gonna be honest, how fucking hard was that song to write. LOL!!!

I have to exit with an honerable mention......ANYTHING "POP" after the late 80's to early 90's. This is an era when the record companies started to "manufacture" bands and it was all shit. I dont mind Madonna and the likes of Duran Duran but when bands like Boys to Men and ALL of the Disney "musicians" are at the top of the charts........just slit my throat.....its over. LOL!!!

walls said:
3. ANYTHING RAP. Are these even musicians??
Click to expand...

A band I was in about ten years ago tried to play "Gettin Jiggy with It". It kicked our butts, we finally had to give up.

My definition of music is the use of melody, harmony, timbre, rhythm and lyric content to convey an emotion to another person. Rap IS music, in my definition, but its deficient in that it depends largely on rhythm, timbre and lyrics, but nothing else. There are other kinds of music that don't have all four; classical music depends on melody, timbre and harmony, extremely simple rhythm (in most cases) and no lyrics whatsoever (I'm leaving out opera of course), much african music is rhythm and maybe melody, no harmony whatsoever, John Serrie is timbre and harmony, nothing else; etc etc.
Sorry, I'm in philosophical/blabber mode tonight... :ugeek:

I said "anything rap" and that was my bad. I actually disagree with myself since I think that some of the early stuff was pretty genius.

What i hate is the miriad of rap that robbs a "beat" from a song written by musicians and does noting else but adds lyrics. Hell its still music, its just not talent. Poetry, maybe. Music, NOT.

Also this is a topic that can be really personal and I hope that there is some good discussion here. Threads like this have led me to listen to things I would have NEVER have listened to before and ended up liking. 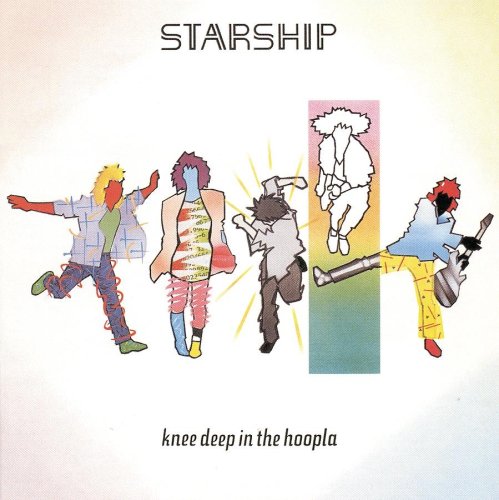 walls said:
Also this is a topic that can be really personal and I hope that there is some good discussion here. Threads like this have led me to listen to things I would have NEVER have listened to before and ended up liking.
Click to expand...

One of the great things about decent forums; I agree totally.
The Politics forum kind've surprised me in that I was clearly in the minority, and I was looking forward to some spirited discussions; but it seems like it scared everyone off... :think:

I generally avoid politics at all costs, I have my opinions but they are mostly based on being a business owner and not the actual "real" topics that warrent a discussion.

walls said:
......ANYTHING "POP" after the late 80's to early 90's. This is an era when the record companies started to "manufacture" bands and it was all shit. I dont mind Madonna and the likes of Duran Duran but when bands like Boys to Men and ALL of the Disney "musicians" are at the top of the charts........just slit my throat.....its over. LOL!!!


No argument here. There's some gems here and there that surprise me. I'm not a Christina Aguilera fan, but I've always like that tune "Beautiful"


I wouldn't kick her out of bed for eating crackers, but with the exception of that one tune, I doubt I'll have any of her albums in my collection.

Randy said:
Kazaam, I usually try to avoid offending anyone, and I shy away from debates, but come on brother. Achy Breaky Heart REALLY WAS THAT F'in BAD.
Click to expand...

No worries, it's all good. I understand that it's hard to separate the song from the images of fat chicks "line-dancing" to Achy Breaky during episodes of "Wildhorse Saloon Dance Show" on TNN back in the 1990s. It still kind of creeps me out!

(Oh... And, yes, I suspect we're all a little creeped out about the whole Billy Ray and Miley Cyrus thing these days.)

walls said:
ALL of the Disney "musicians" are at the top of the charts.
Click to expand...

No doubt! We could fill 10 songs from there easily. That is, if any of us actually had a clue what the song titles were. I like how every girl on Disney gets to put out a record. Even Hannah Montana's sidekick has a record out. Saw her on TV the other day. Great legs and a pretty face, but I couldn't stand the music. Maybe someday one of their Disney singers will have a good song written for them, but that will probably be the exception rather than the rule.
You must log in or register to reply here.
Share:
Facebook Twitter Reddit Pinterest Tumblr WhatsApp Email Share Link
Top