The thread on "would you buy from this guy" gave me the idea to start this thread. Basically, what I'd like to see (not just for Botch's benefit) is people give a "must see movie" recommendation. It can be for any number of reasons and you can explain if you wish. Perhaps the movie was really good, or really bad (sometimes I enjoy watching terrible movies), iconic, or had great audio/video qualities. Or, maybe good boobie shots. But I don't want this to turn into a "good movie" thread....there are plenty of good movies, but not all good movies are "must see". Disagreements could be interesting as well.

I'll start with one:

A little dated, but anyone who's taken a family vacation can relate on some level. Introduction to Cousin Eddie and, of course, Christie Brinkley is smokin' hot in this one. 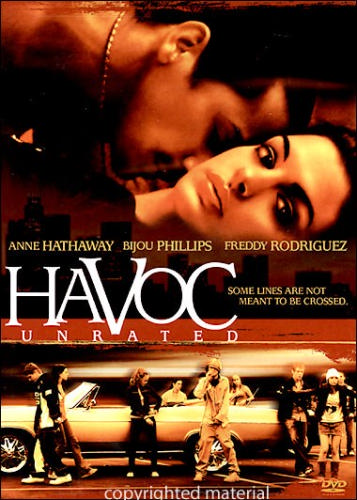 My favorite movie. Directed by Tony Scott but written by Quentin Tarrantino. the movie that proves Tarrantino is a better writer than director. star cast including Christina Slater, Patricia Arquette, Dennis Hopper, Christopher Walken, Brad Pitt, Gary Oldman. this is a copy of a poster I have in my bathroom. 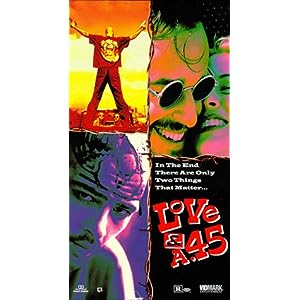 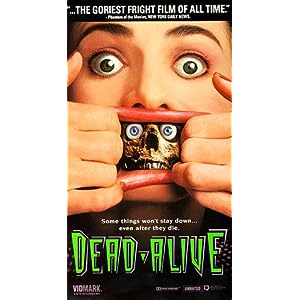 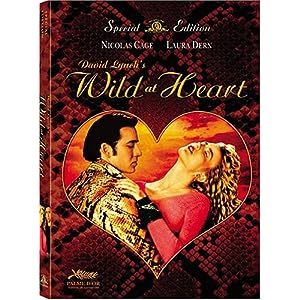 Famous
In a guilty pleasure sort of way...

I totally agree with that Zing.

Thank you Stanly Kubrick and "Nic" is naked! :handgestures-thumbup:

Superstar
Crap, I just posted Caddyshack and Stripes and they disappeared into the internet bermuda triangle. 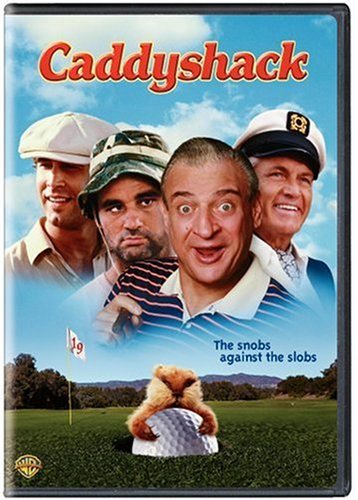 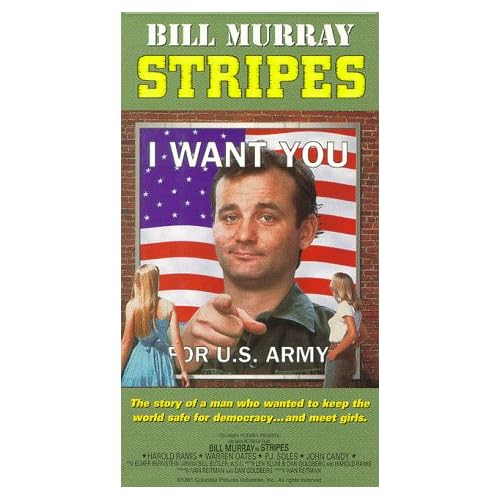 Superstar
Thanks for the assistance, Jamhead, but now I'm really on the ropes as I haven't seen a single movie posted above... :?

Botch said:
Thanks for the assistance, Jamhead, but now I'm really on the ropes as I haven't seen a single movie posted above... :?
Click to expand...

Let me get this straight right now. You have never been on me, and you'll never be on me!

Now that, that's straightened out, carry on.

Rope said:
Now that, that's straightened out,
Click to expand...

I love it when you talk like that! :dance:

Correction: now that Randy got the pics to work, I have seen both Stripes and Caddyshack.

Caddyshack almost got me killed; I was a freshman at Iowa State seeing it in a theater with a few guys from my dorm floor, and when that rodent started that sickening dance I said in a loud voice, "That's not a gopher, it's a Frat Rat; look how ghey he dances!"
Filling the three rows in the theater in front of us were the gents from I Felta Thi, and my comment was not taken in the humor intended... :? 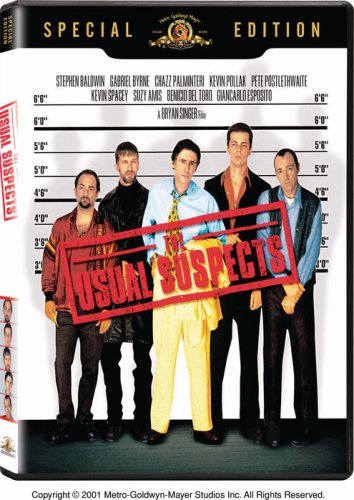 Amazon.com
Ever since this convoluted thriller dazzled audiences and critics in 1995 and won an Oscar for Christopher McQuarrie's twisting screenplay, The Usual Suspects has continued to divide movie lovers into opposite camps. While a lot of people take great pleasure from the movie's now-famous central mystery (namely, "Who is Keyser Söze?"), others aren't so easily impressed by a movie that's too enamored of its own cleverness to make much sense. After all, what are we to make of a final scene that renders the entire movie obsolete? Half the fun of The Usual Suspects is the debate it provokes and the sheer pleasure of watching its dynamic cast in action, led (or should we say, misled) by Oscar winner Kevin Spacey as the club-footed con man who recounts the saga of enigmatic Hungarian mobster Keyser Söze. Spacey's in a band of thieves that includes Gabriel Byrne, Stephen Baldwin, Kevin Pollak, and Benicio Del Toro, all gathered in a plot to steal a large shipment of cocaine. The story is told in flashback as a twisted plot being described by Spacey's character to an investigating detective (Chazz Palmintieri), and The Usual Suspects is enjoyable for the way it keeps the viewer guessing right up to its surprise ending. Whether that ending will enhance or extinguish the pleasure is up to each viewer to decide. Even if it ultimately makes little or no sense at all, this is a funny and fiendish thriller, guaranteed to entertain even its vocal detractors. --Jeff Shannon 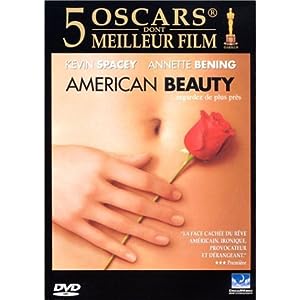 Amazon.com
From its first gliding aerial shot of a generic suburban street, American Beauty moves with a mesmerizing confidence and acuity epitomized by Kevin Spacey's calm narration. Spacey is Lester Burnham, a harried Everyman whose midlife awakening is the spine of the story, and his very first lines hook us with their teasing fatalism--like Sunset Boulevard's Joe Gillis, Burnham tells us his story from beyond the grave.

It's an audacious start for a film that justifies that audacity. Weaving social satire, domestic tragedy, and whodunit into a single package, Alan Ball's first theatrical script dares to blur generic lines and keep us off balance, winking seamlessly from dark, scabrous comedy to deeply moving drama. The Burnham family joins the cinematic short list of great dysfunctional American families, as Lester is pitted against his manic, materialistic realtor wife, Carolyn (Annette Bening, making the most of a mostly unsympathetic role) and his sullen, contemptuous teenaged daughter, Jane (Thora Birch, utterly convincing in her edgy balance of self-absorption and wistful longing). Into their lives come two catalytic outsiders. A young cheerleader (Mena Suvari) jolts Lester into a sexual epiphany that blooms into a second adolescence. And an eerily calm young neighbor (Wes Bentley) transforms both Lester and Jane with his canny influence.

Credit another big-screen newcomer, English theatrical director Sam Mendes, with expertly juggling these potentially disjunctive elements into a superb ensemble piece that achieves a stylized pace without lapsing into transparent self-indulgence. Mendes has shrewdly insured his success with a solid crew of stage veterans, yet he's also made an inspired discovery in Bentley, whose Ricky Fitts becomes a fulcrum for both plot and theme. Cinematographer Conrad Hall's sumptuous visual design further elevates the film, infusing the beige interiors of the Burnhams' lives with vivid bursts of deep crimson, the color of roses--and of blood. --Sam Sutherland 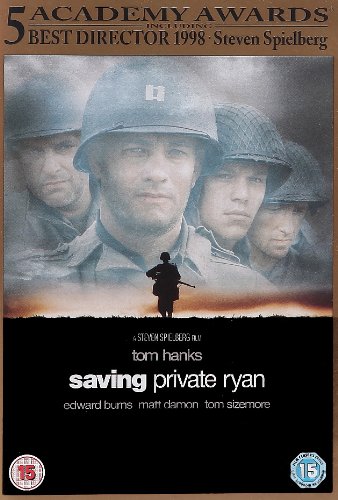 Amazon.com
When Steven Spielberg was an adolescent, his first home movie was a backyard war film. When he toured Europe with Duel in his 20s, he saw old men crumble in front of headstones at Omaha Beach. That image became the opening scene of Saving Private Ryan, his film of a mission following the D-day invasion that many have called the most realistic--and maybe the best--war film ever. With 1998 production standards, Spielberg has been able to create a stunning, unparalleled view of war as hell. We are at Omaha Beach as troops are slaughtered by Germans yet overcome the almost insurmountable odds.

A stalwart Tom Hanks plays Captain Miller, a soldier's soldier, who takes a small band of troops behind enemy lines to retrieve a private whose three brothers have recently been killed in action. It's a public relations move for the Army, but it has historical precedent dating back to the Civil War. Some critics of the film have labeled the central characters stereotypes. If that is so, this movie gives stereotypes a good name: Tom Sizemore as the deft sergeant, Edward Burns as the hotheaded Private Reiben, Barry Pepper as the religious sniper, Adam Goldberg as the lone Jew, Vin Diesel as the oversize Private Caparzo, Giovanni Ribisi as the soulful medic, and Jeremy Davies, who as a meek corporal gives the film its most memorable performance.

The movie is as heavy and realistic as Spielberg's Oscar-winning Schindler's List, but it's more kinetic. Spielberg and his ace technicians (the film won five Oscars: editing (Michael Kahn), cinematography (Janusz Kaminski), sound, sound effects, and directing) deliver battle sequences that wash over the eyes and hit the gut. The violence is extreme but never gratuitous. The final battle, a dizzying display of gusto, empathy, and chaos, leads to a profound repose. Saving Private Ryan touches us deeper than Schindler because it succinctly links the past with how we should feel today. It's the film Spielberg was destined to make. --Doug Thomas 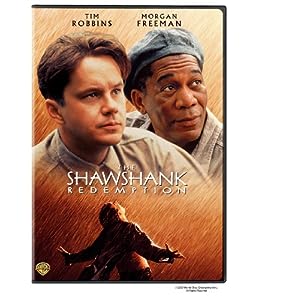 Amazon.com essential video
When this popular prison drama was released in 1994, some critics complained that the movie was too long (142 minutes) to sustain its story. Those complaints miss the point, because the passage of time is crucial to this story about patience, the squeaky wheels of justice, and the growth of a life-long friendship. Only when the film reaches its final, emotionally satisfying scene do you fully understand why writer-director Frank Darabont (adapting a novella by Stephen King) allows the story to unfold at its necessary pace, and the effect is dramatically rewarding. Tim Robbins plays a banker named Andy who's sent to Shawshank Prison on a murder charge, but as he gets to know a life-term prisoner named Red (Morgan Freeman), we realize there's reason to believe the banker's crime was justifiable. We also realize that Andy's calm, quiet exterior hides a great reserve of patience and fortitude, and Red comes to admire this mild-mannered man who first struck him as weak and unfit for prison life. So it is that The Shawshank Redemption builds considerable impact as a prison drama that defies the conventions of the genre (violence, brutality, riots) to illustrate its theme of faith, friendship, and survival. Nominated for seven Academy Awards including Best Picture, Actor, and Screenplay, it's a remarkable film that signaled the arrival of a promising new filmmaker--a film that many movie lovers count among their all-time favorites. --Jeff Shannon 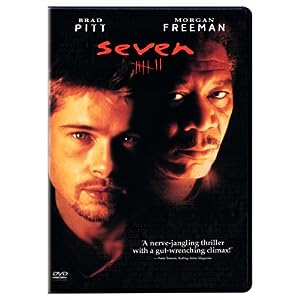 Amazon.com
The most viscerally frightening and disturbing homicidal-maniac picture since The Silence of the Lambs, Seven is based on an idea that's both gruesome and ingenious. A serial killer forces each of his victims to die by acting out one of the seven deadly sins. The murder scene is then artfully arranged into a grotesque tableau, a graphic illustration of each mortal vice. From the jittery opening credits to the horrifying (and seemingly inescapable) concluding twist, director David Fincher immerses us in a murky urban twilight where everything seems to be rotting, rusting, or molding; the air is cold and heavy with dread. Morgan Freeman and Brad Pitt are the detectives who skillfully track down the killer--all the while unaware that he has been closing in on them, as well. Gwyneth Paltrow and Kevin Spacey are also featured, but it is director Fincher and the ominous, overwhelmingly oppressive atmosphere of doom that he creates that are the real stars of the film. It's a terrific date movie--for vampires. --Jim Emerson
You must log in or register to reply here.
Share:
Facebook Twitter Reddit Pinterest Tumblr WhatsApp Email Share Link
Top