Question about The Who - Baba O'Riley

I have a feeling Flint might know this, since I know he's a big fan of The Who, but I want to know the story behind the name of the song Baba O'Riley. I recall reading a story about Pete Townshend's Lifehouse project. The story talked about Pete's vision for the concert experience to be completely unique to the crowd that was in attendance. He planned on using a synthesizers that he had during the concerts that could use personal demographic data as input that would produce a unique synth sound pattern. As I recall, as Pete was experimenting with the synth, he entered the demographic data of an older woman from their local community named Baba O'Riley. The result of her data was the synth loop in the song we now know so well. Anyway, I've been on a big The Who kick this week and I was reading Wikipedia, and they claim that then name was derived by a combination of the song's philosophical and musical influences: Meher Baba and Terry Riley. So my question is....Who's Right (small pun intended)?

Superstar
At that time there were very few real synthesizers like we grew to know them a few years later. Pete was just playing around in his little apartment studio with his cheap organ/synth hybred when he came up with that intro. It isn't nearly as complicated as we think it is --- it is just a vibrato effect (common on guitar amps and run by an optical circuit) processing a guy playing chords on a cheap organ. Add a phaser/wah and you have the "synth" part from the beginning of Baba O'Reily.

The name is as Wikipedia says.

I know I read this somewhere, I just can't remember what it was. Perhaps it was an urban legend.

That song isn't my favorite, but Who's Next as a whole is my favorite studio album!

Famous
If you get a chance, you should get the live Lifehouse DVD and the 2 CD set Sadler's Wells (the same show). Both are from Pete's website and the DVD is on Amazon. It's one of my favorite concerts. 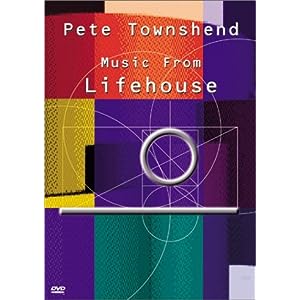