Staff member
Administrator
Moderator
Superstar
Have the day off, just finished watching this: 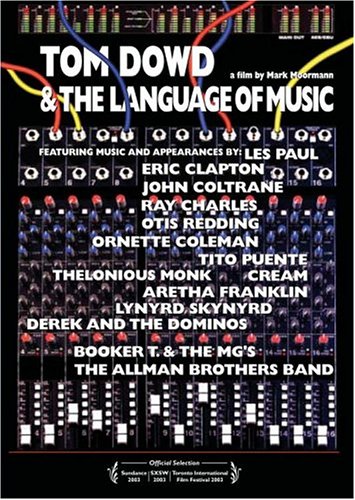 If you're at all interested in the engineering/production side of things, this is a really good documentary. Dowd was a major player in the recording world starting in the 50's, and personally developed a lot of the technology of the time. This is a great historical piece, going way back to the second (after Les Paul's original) 8-track tape recorder used in commercial recording, by Atlantic Records. He "invented" the use of the sliding fader in a mixer (as opposed to circular knobs). He worked with a long list of musical greats: Ray Charles, Aretha Franklin, Eric Clapton, Lynyrd Skynyrd, The Allman Brothers... the list goes on. Lots of good guest shots with many of these folks. Good history lesson!

Just put it in the queue. Too bad it's not streaming.

Staff member
Administrator
Moderator
Superstar
Ah, never occurred to me to look for it on Netflix... Oh well, I like this sort of historical and engineering stuff, one I'm glad to own.

Superstar
I have that! I just pulled it off the shelf to watch once I get tired of watching Qaddafi killing his "subjects". :angry-banghead: