What are you reading now?

Staff member
Administrator
Moderator
Superstar
I thought we had a thread like this here already, but couldn't find it...

Anyway, I'm about 3/4 of the way through Neal Stephenson's Anathem:


This is one of the most fascinating books I've read in a while. I've read all N.S.'s books, too, and Snow Crash is one of my long-time favorites. In some ways, Anathem is similar but goes even further - developing a very complete fictional world, including physics, cognitive psychology, theories of consciousness, parallel cosmi, world history and civilization, and how these all inter-relate. Hell I can even draw some parallels with some of the trantric yoga cosmology that I've also been studying of late... Definitely a "heady" book, not one with non-stop action sequences. The style of it really appeals to me, and the universe he has constructed draws me in like few books have. And I'm not even finished with it yet! One quibble I have with N.S.'s books is that he winds everything up to a huge conclusion and then BAM! the book is over right at the climactic peak. No denouement whatsoever. I hope this one isn't like that but I'm not holding my breath... in any case, it's quite a ride so far. Long book, 900+ pages, but at least it's one of the seemingly few sci-fi (sort of) books these days that isn't a long series.

Anyway, highly recommended, if you want something involving and deeply thought-provoking.

Superstar
Will probably finish this one tonight, great fun (and pretty damn good observations on the human condition):

Superstar
What are you reading now?

Should finish this one this week.


Have had this (Songmaster by Orson Scott Card) on my shelf for years, and (stupidly) never got around to reading it because I thought the cover was silly.

Damn was I wrong, this was a VERY good book. I'm a big Card fan. Very well written, and nice to read a sci-fi(-ish) book that's a single volume and not some big series!

But the thing that impressed me most as I read this one was that I had no idea where the story was going. Generally you have some sort of idea where the overall storyline is headed, but in this one whenever I got some idea "oh ok he's going THERE" - it would happen in the next chapter or two, and then the story would take off in some other suprising direction. I love it! Very refreshing.

Not a long book, an easy read, and some fairly deep thoughts. Not just your run-of-the-mill sci-fi. Recommeded!

Famous
I'm reading the first book of the Song of Ice and Fire by George R.R. Martin, which is the basis for the HBO show Game of Thrones.

Staff member
Administrator
Moderator
Superstar
Yeah, I've been collecting those, but I refuse to start reading another huge series before it's finished (re: Robert Jodran and the Wheel of Time).

What I mean is that due to carrying my first smart phone for a few weeks now, I've been able to do some reading again. I didn't expect it to work well for me for reading but it's not too bad. So far I've used the phone to read the Arthur Conan Doyle classic The Lost World, Abraham Lincoln: Vampire Hunter by Seth Grahame-Smith, and I'm about half way through A Game of Thrones.
The first one I got through Kindle and the other two at the local library. I'm kinda enjoying this!

Staff member
Administrator
Moderator
Superstar
Nice! Right now I'm reading C.S. Friedman's Magister Trilogy. Excellent fantasy series. She's one of my top 3 favorite writers, I think; she has a way of developing her characters to make them really real. Her book In Conquest Born is one of my favorite all-time books.

Superstar
I was plodding along with Steve Jobs' autobiography, but set it aside to read The Breath of a Wok, by Grace Young. Just about finished, will return to Mr. Jobs afterwards.

Botch said:
I was plodding along with Steve Jobs' autobiography,
Click to expand...

Have you ever listened to his Stanford speech?


Should finish this one this week.
Click to expand...

Have this one waiting for next out town job sitting around a motel room of an evening.

Famous
So far, I've finished A Game of Thrones, A Clash of Kings and A Storm of Swords. I just started A Feast for Crows tonight. GREAT books. Highly recommended. This is NOT kid stuff by any measure. The body count is shockingly high and includes a number of major characters, many of whom would be counted among the "good guys" by most readers. The best thing about these books is that there often are no clear good guys or bad guys. Good people do bad things, bad people do good things, people do the right things for the wrong reasons and the wrong things for the right reasons. The books are full of moral ambiguity and complexity. Brilliant. This is some of the best stuff I've read in years.

Botch said:
I was plodding along with Steve Jobs' autobiography,
Click to expand...

Have you ever listened to his Stanford speech? 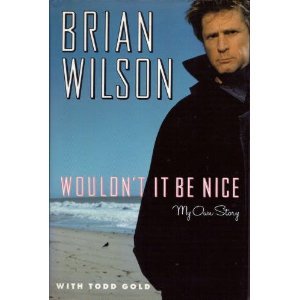 Just started this a couple of days ago.